The town of Lisieux lies peacefully amongst the orchards and fields of Normandy, celebrating unconditional love. In the late 19th century, Saint Thérèse joined the church here at the age of 15. She wrote about her faith in her memoirs before dying of tuberculosis at the age of 24. The book “The Story of a Soul” has since been translated into 60 languages and sold over 500 million copies.

Marie-Françoise Thérèse Martin was born in Alençon In 1873. The last of nine children, she was brought up in the love of Christ by her parents, Louis and Zélie Martin. A sickly child, deeply saddened by the loss of her mother at the age of four, she experienced a miraculous recovery when she witnessed the spirit of the Blessed Virgin Mary smile upon her. Young Thérèse heard the call of God on a Sunday of July 1887 during mass. Many other events led to her desire to give her life to God and to join the Convent of the Carmel at the very young age of 15.

The town of Lisieux was almost entirely destroyed in the Second World War. Only a few medieval timbered houses survive alongside the 12th century cathedral Saint-Pierre. One of the most remarkable in Normandy, this is where Saint Thérèse used to attend mass with her father and sisters and where she first heard her calling.

The basilica Sainte-Thérèse de Lisieux was built in 1929 and holds her remains and those of her parents, Louis and Zélie Martin, both canonised by Pope Francis in 2015. The 4,500 m2 basilica have walls covered in impressive mosaics and angels.

In Lisieux, Saint Thérèse sends a message of hope when facing our limits and weaknesses. She reminds us that life is not about success but about how much love we put into the things we accomplish. Lisieux is the second most visited pilgrimage site in France.

Saint Thérèse of Lisieux wrote: « When I die, I will send down a shower of roses » and many miracles have happened here since her passing. Edith Piaf herself came here as a child and miraculously healed from a serious eye infection. 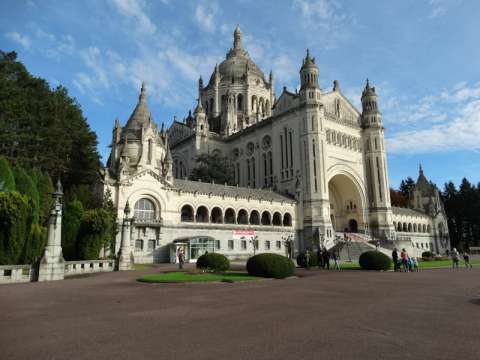 Saint Thérèse Basilica
Financed in the 1920s by Christians from all over the world, the basilica is quite similar in style to the Sacré-Cœur in Paris. Inside this Art Deco building lie the remains of the saint and her parents Louis and Zélie Martin.

Saint-Pierre Cathedral
12th century Historic Monument and one of the earliest Gothic buildings in Normandy, often compared to Notre-Dame in Paris.

La Maison des Buissonnets
Just outside town, this large brick house was home to Thérèse and her sisters following the death of their mother. Heralded as the place where the Blessed Virgin Mary is said to have appeared to young Thérèse and miraculously healed her.

Cheese makers Graindorge in Livarot
The only cheese making factory open to visitors in Normandy,  producing delicious Camembert, Pont-l’Evèque, Livarot and many more...

Calvados distilleries
Normandy is also famous for its apples, ciders and Calvados alcohol. Find out right here how it is made.

Week-end for couples
Following in the footsteps of Louis and Zélie Martin for a weekend of teachings, prayers and renewal of vows.

End of September, beginning of October

Exhibition of nativity scenes from around the world. 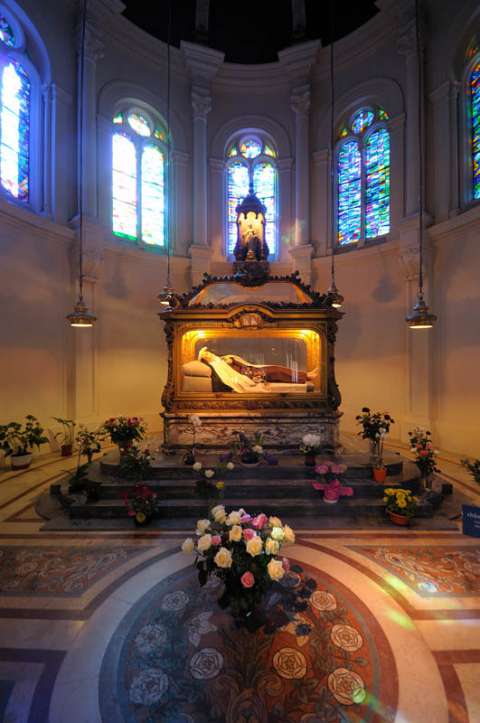 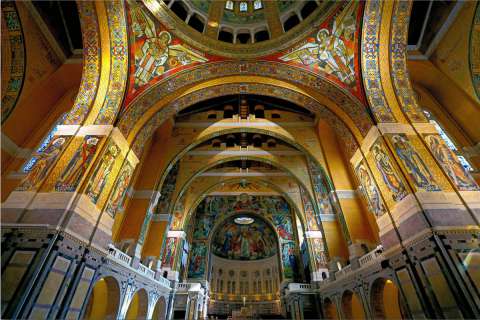 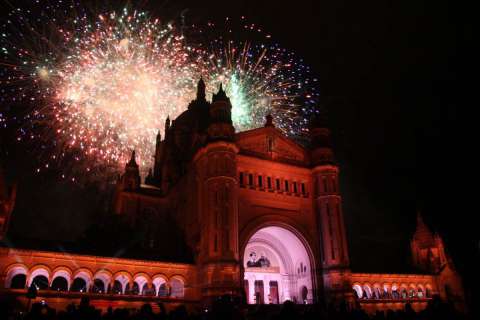