A Sanctuary on the banks of the Loire River

On the Road to Compostela, by the side of the Loire River, Nevers is the last resting place of Bernadette Soubirous. After seeing the Blessed Virgin Mary appear to her in Lourdes 18 times, she moved to a convent in Nevers and dedicated her life to the sick and to prayer. Exhausted by ill-health, she died at 35 in 1879. When she was canonised in 1933, her body was exhumed in a perfect state of conservation and placed in a glass coffin.
400,000 people come and pray by her side every year.

Like many other towns along the Loire River, Nevers was founded by the Celts. In 1068, monks of the powerful Cluny abbey began the construction of a priory. The church of Saint-Etienne is still today one of the best-preserved Romanesque churches in France.

When Bernadette Soubirous arrived at the convent of the Sisters of Charity in Nevers, she was only 22. There she became Sister Marie-Bernard, learned to read and spent her remaining 13 years attending the sick and in prayers. Weakened by cholera she had contracted as a child, she became ill with tuberculosis and passed away in 1879. Her body was exhumed on several occasions but remained perfectly preserved from decomposition. After her canonisation in 1933, Saint Bernardette of Lourdes was placed in a glass coffin in the chapel and a wax mask molded from the exact imprints of her face. 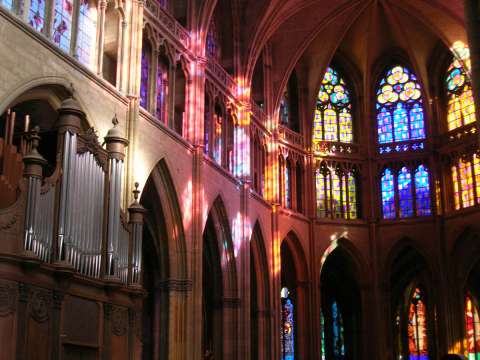 If Nevers is an average-sized town, its cathedral is a mighty achievement. The construction of the cathedral Saint-Cyr-et-Sainte-Julitte first started in the 6th century. Alongside the Ducal palace, it stands watch over the historic town from the top of the hill. Successive architectural transformations have resulted in two aspes, one Romanesque and the other Gothic. Its glass surfaces are the largest in Europe. Blown-out by bombings during WW2, the 130 stained-glass windows of over 1000sqm were recreated by contemporary artists and master glassmakers. It took 30 years to finish this gigantic project. The result is a shearing feat of all-consuming light and colour.
The clay soil of the banks of the Loire River made pottery one of the major trades in Nevers. So much so that at the beginning of the 17th century it had the monopoly on earthenware production in the kingdom. The pottery was dispatched throughout France by boat via the Loire River. The creation of beautiful ceramics is still a feature of Nevers today.

When Bernadette Soubirous joined the Sisters of Charity in Nevers, she brought with her the message she heard from the Blessed Virgin Mary in Lourdes. God is unconditional love and His love reaches everyone, even the poorest or sickest. Sister Marie-Bernard chose Nevers because she could tend to the less fortunate and spread the word of God. 400 000 people make the journey to Nevers every year to pray alongside Saint Bernadette of Lourdes in order to find strength in life. 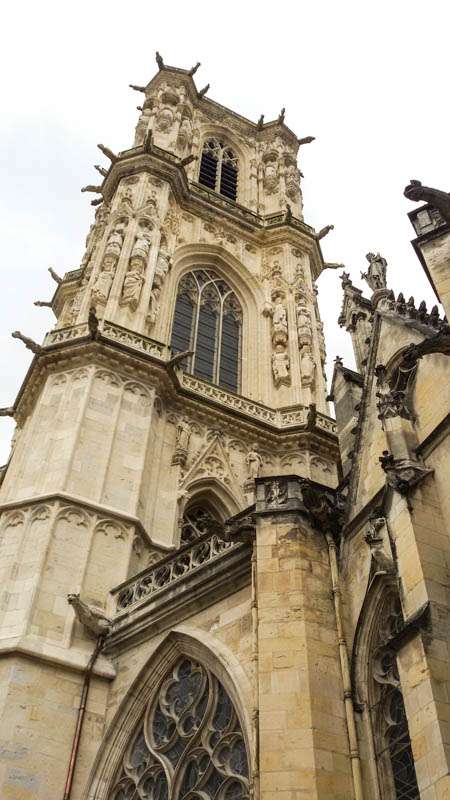 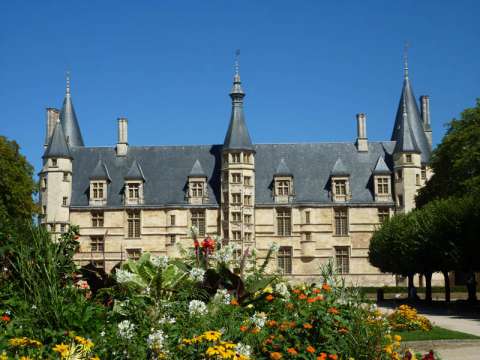 Cathedral Saint-Cyr-et-Sainte-Julitte
Built between the 6th and the 16th centuries, the cathedral boasts the largest glass windows in Europe. Renovated in 2016, its tower Tour Boyer is 52m high with remarkable sculptures and well-worth the 285 steps climb to enjoy the views over the slate roofs of the city and the Loire river.

The Earthenware Museum
Nevers has been famous for centuries for its earthenware and a museum is dedicated to the art and skill of pottery making. You can also pay a visit to the local pottery makers such as La Faïencerie d’Art de Nevers or La Faïencerie Georges who both carry on the 16th century traditions in their creations.

The Romanesque Church of Saint-Etienne
Built in the 11th century on the ancient oratory, it is recognised as one of the best-preserved Romanesque churches in France with a nave reaching a surprising 18m height.

The confluence of the Loire and Allier rivers
Only 6 km from Nevers, this protected area boasts an exceptional flora and fauna biodiversity including forests, prairies and sandy banks along the rivers. To be discovered also on the many hiking trails.

The Palais Ducal – The Doge Palace
Its construction was completed in 1491 and it is considered to be one of the first château on the Loire River. Beautiful panoramas.

D’Jazz Nevers Festival.
A week-long jazz festival with around 20 concerts being played in 7 different venues around Nevers. French and international artists.

To find out more about visiting and staying in Nevers: 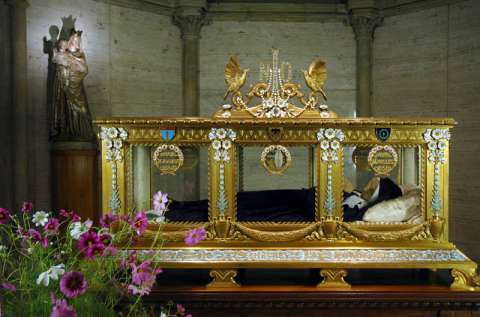 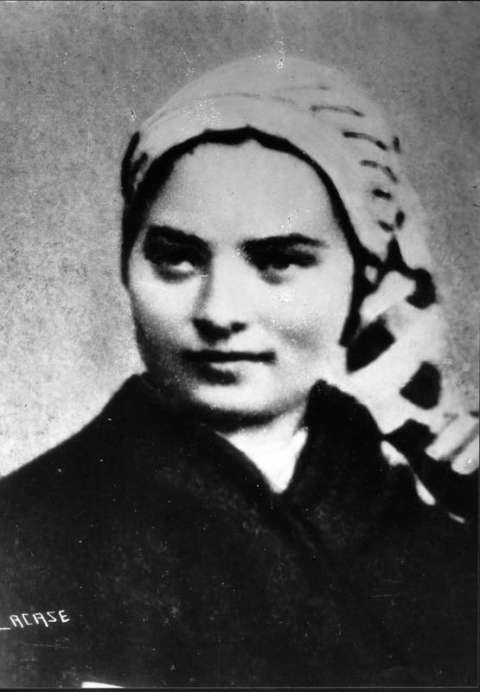 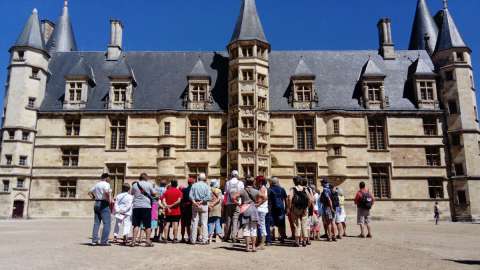 Group visit of the palace