A spiritual place in the wilderness of the Camargue region

One hour from Marseille, between marshland and the sea, Les Saintes-Maries-de-la-Mer owes its name to Saint Mary of Jacob and Saint Mary Salome whom, with their servant Sara, are believed to have crossed the sea from Palestine on a boat with no sails or oars. After landing here, the three close followers of Jesus then started spreading the Christian faith.  Every year in May, a great pilgrimage of Romani people from all over Europe leads them here to pay homage to their patron saint Sara. Les Saintes-Maries-de-la-Mer is situated in the Camargue Regional Park, home to an incredible range of biodiversity including greater flamingos and wild horses.

Fleeing persecution in Palestine in the year 45, Mary of Jacob, Mary Salome and Mary Magdalene miraculously landed on the shores here with their servant Sara. Their arrival is believed to have heralded the beginning of the Christian faith throughout Gaul. The shrine in Les Saintes-Maries-de-la-Mer is dedicated to the Blessed Virgin Mary and holds the relics of Saint Mary of Jacob and Saint Mary Salome. Legend says a spring appeared where they were first buried and pilgrimages started in the 6th century. The village then grew around the church built in the 9th century in the local Provence Romanesque style. The light and wilderness of the Camargue region inspired many artists, including Van Gogh who spent time here in 1888 where he completed several drawings and magnificent paintings. 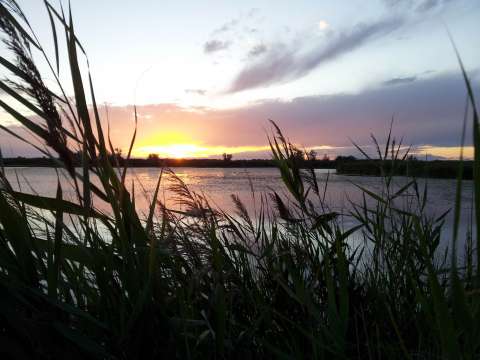 Sunset in the Camargue

In the wilderness of the Camargue region, Provence folklore and spirituality make for colourful traditions. The gypsy community comes from all the corners of Europe to pay homage to their patron saint Sara, accompanied by the sounds of guitars and violins. Three great pilgrimages happen here every year, attracting thousands of visitors.

Once inside the Sanctuary, visitors can catch a glimpse of the two suspended painted trunks where the relics of Saint Mary of Jacob and Saint Mary Salome are kept. At the bottom of the stairs towards the crypt is the statue of Saint Sara in her colourful gown. In May and October, pilgrims are invited to follow the procession. Statues of the saints, held aloft by the processional crowds, make their way towards the sea celebrating the miracle journey from Palestine that began the spread of the Christian faith throughout the whole of Europe.

By spreading the message of Christ, the saints worshipped here speak directly to families as these saints were themselves wives and mothers. Women particularly feel a close connection to the tribulations and hopes of the three saints in their daily lives. Family, faithfulness and humility: now as it was then, the values of Les Saintes-Maries-de-la-Mer echo from the eternal past to the eternal future. 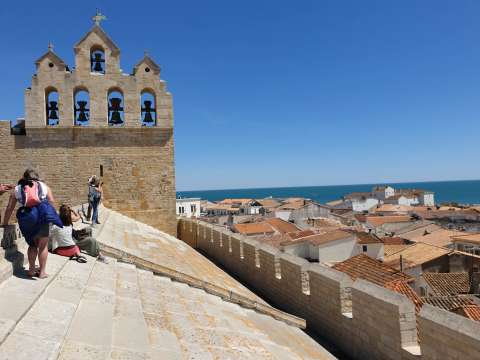 View from the rooftop of the church
© OT des Saintes Maries 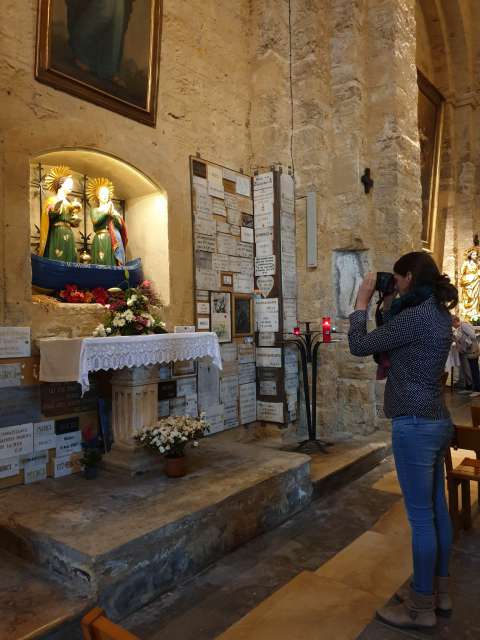 Statues of the saints

Les Saintes-Maries-de-la-Mer on board a « little train »
A 50 mn / 13 km journey through the village and marshlands to discover history, architecture and spectacular wildlife.

Discovering the riparian forest by boat
On the Petit Rhône river, a chance to observe a unique ecosystem in France in the Camargue Natural Regional Park.

The Camargue by four-wheel-drive
Ranging from 2 h to a whole day, discover the wilderness of the Camargue region, sand dunes, marshlands and rice fields where greater flamingos and horses roam free.

Horse riding
From an hour introduction to several days for a bigger adventure along the magnificent seafront treks.

Hiking and biking
So much to explore in and around Les Saintes-Maries-de-la-Mer. A chance to see many bird species in a beautiful protected environment.

The bird sanctuary of Pont de Gau
A 60 hectare ornithological park in the largest wetlands area in Europe, home to 283 bird species. 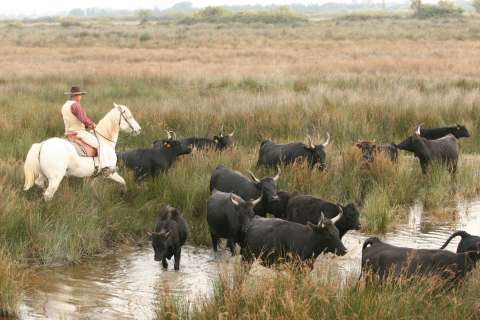 Gypsy Pilgrimage May 24th and 25th
A two-day Romani pilgrimage. Thousands of people from the gypsy community, from all over Europe, carry the statue of their patron saint Sara to the sea.

The October Pilgrimage
A pilgrimage, commemorating the arrival of the two Marys and Sara to these shores, is generally held on the week-end closest to October 22nd. The reliquaries of the two saints are taken down to the sea in a procession.Light and sound show on the beach in the evening.

Festival d'Abrivado
A unique festival where horses and riders traditionally bring bulls from the fields to parade them in the arena along the beach.

December pilgrimage
On the first week-end of December, a pilgrimage celebrating the installation of the relics inside the church in 1448. 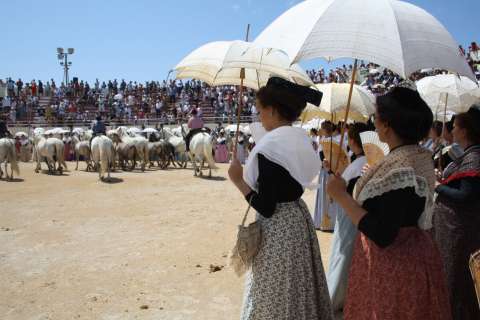 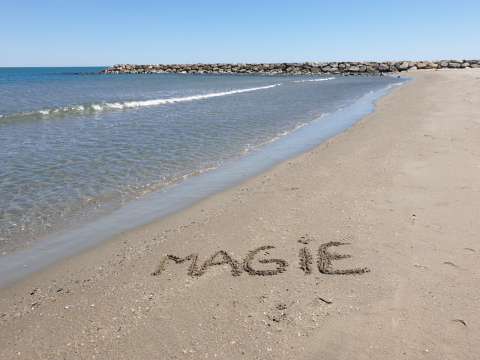