A Sanctuary at the heart of Burgundy

In the South of Burgundy, on the banks of a canal, Paray-le-Monial was part of the Cluny sites for centuries. This is where Marguerite-Marie Alacoque, a young 17th century nun, saw Christ appear to her three times, marking the beginning of the Sacred Heart celebrations.

A canal built in the late 18th century to transport coal and clay flows through the city. However, the history of Paray-le-Monial goes back to the 10th century with the construction of a Benedictine monastery. As the town developed, so did the monastery. In the 12th century, it became a basilica, a building still seen today as a jewel of Romanesque architecture.

Marguerite-Marie Alacoque was born on the 22nd of July 1647. Even as a very young child, Marguerite-Marie had wanted to dedicate her life to God. After she took her vows to become a nun in Paray-le-Monial, Jesus appeared to her three times. On the third visitation, he showed her his heart and love for humankind and wished this to be universally celebrated. In 1686, the first Sacred Heart chapel was built and today the Sacred Heart celebrations are spread throughout Christendom.
The convent chapel, known as the “Chapelle des Apparitions”, holds the relics of Saint Marguerite-Marie, canonised in 1920. 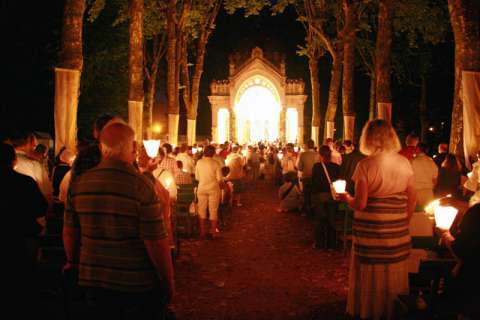 Feast of the Sacred Heart 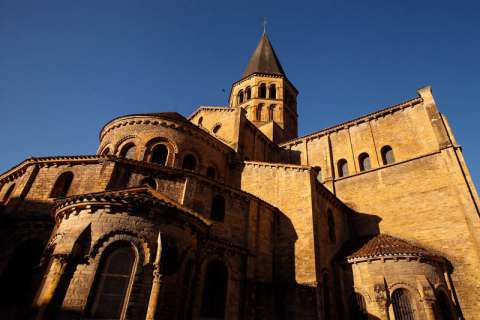 The Sacred Heart basilica, a yellow stone church founded by the Cluny abbey, has welcomed visitors since the 12th century. Inside, the 22m vault brings a surprising amount of light. Christ, painted in the apse, blesses those who pray from above. Alongside the basilica, wandering inside the cloister brings a deep sense of peace and harmony.
The Chapelle des Apparitions is directly opposite. This is where Christ appeared to Marguerite-Marie three times between 1673 and 1675. Visitors reflect and pray in front of the shrine where there is the wax effigy of the saint along with her remains in a reliquary.

Gastronomy is also a proud part of the cultural heritage of Paray-le-Monial, including the famous and succulent “Charolais” steaks. You also have to try the Cacous, black cherry cakes whose story dates back to 1347. The plague was spreading but Lucas Coup and his wife survived. Together they tried their best to repopulate the village and their eldest son is said to have invented the recipe. So tasty are the Cacous, he would even swallow the cherry pips.

200,000 pilgrims make their way to Paray-le-Monial each year to pray to Christ who appeared here three times to Saint Marguerite-Marie. The sanctuary is dedicated to the Sacred Heart, a symbol of unconditional love and mercy. Christ spread the message here that God does not judge. He is all benevolent. People gather here to find strength, hope and forgiveness. 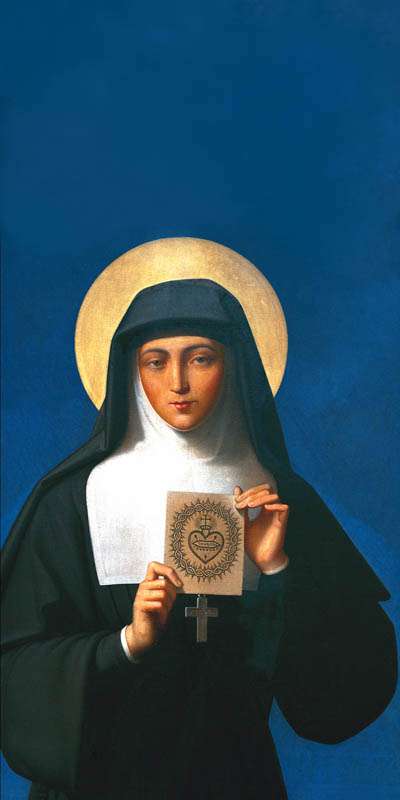 Guided audio tours of the Sacred Heart Basilica
In July and August, you can also visit the basilica with a guide every day at 2.30pm. Departing from the Tourist Office.

The processions
Take part in the processions to celebrate Saint Marguerite-Marie in October and the Sacred Heart celebrations around Pentecost.

Ride a bike along the canal and the Loire River
Kilometres of secure cycling lanes to enjoy with the whole family.

The Musée du Hiéron and its treasures
This unusual metal and yet traditional building was constructed in the late 19th century. Inside 700m2 are dedicated to two millennia of Christian heritage, including the remarkable “Vita Vitae” created by the jewellery maker Joseph Chaumet. A national treasure made out of alabaster, blue marble, gold, ivory, diamonds and rubies.

Maison de la Mosaïque contemporaine
A journey through the history of tile making since 1877 when a ceramic sandstone tile factory was founded here by Paul Charnoz. 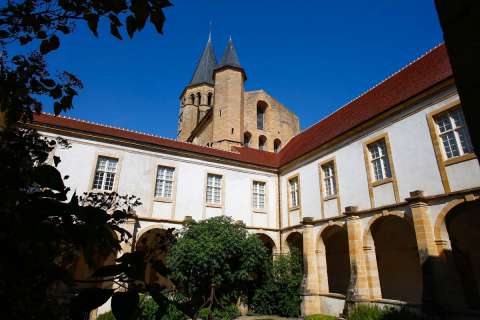 Cloister of the basilica 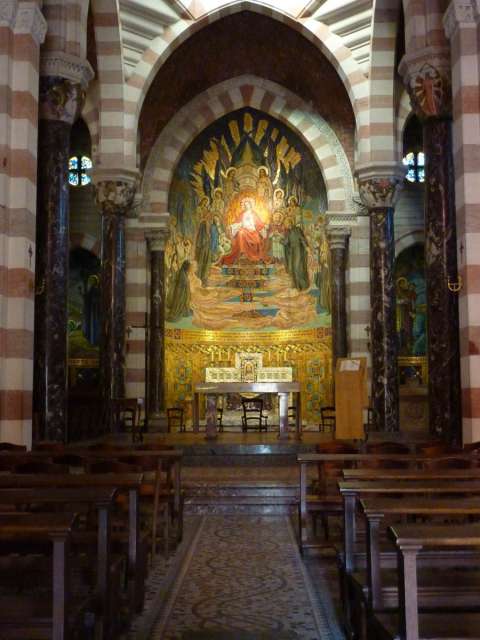 Mosaics inside the chapel 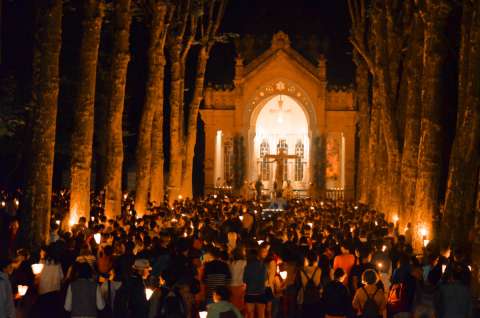